What the Taboola and Outbrain Merger Means for Native Advertising 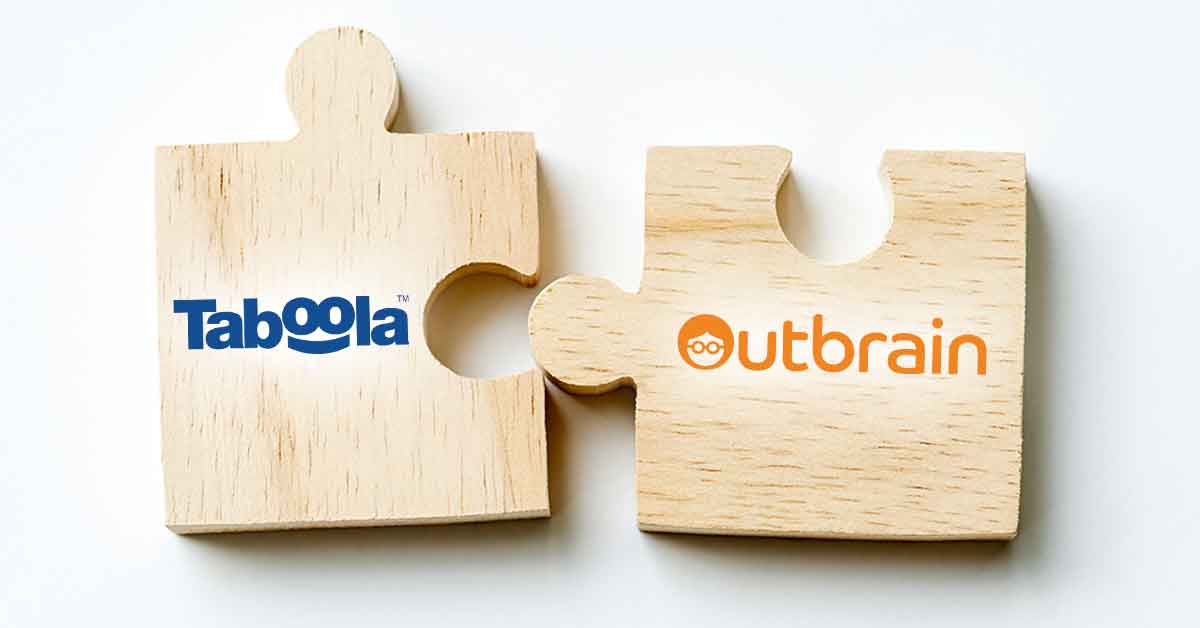 If you’ve read a story on almost any website over the past decade, you’re probably familiar with the native ads that appear as sponsored content underneath. Today, Outbrain and Taboola, two of the native advertising powerhouses, announced they will combine forces to create a merged native network.

Taboola and Outbrain were founded in 2007 and 2006, respectively. Since then, they’ve become two of the biggest names in advertising. The merged company will be headed by Taboola founder Adam Singolda. Taboola has said it will pay Outbrain shareholders $250 million. It will maintain a 70% stake in the company, with Outbrain investors receiving the other 30%. The combined company, which will be called Taboola, will be valued at $2 billion.

According to Singolda, each company earns more than $1 billion in revenue each year. Taboola previously raised $160 million in investor funding, and Outbrain raised $194 million.

Though native advertising has become increasingly popular in recent years, Google, Facebook, and Amazon account for about 70% of total online advertising revenue. Google and Facebook account for more than half of global ad spend on their own, making it difficult for native advertisers to stand shoulder-to-shoulder with the ad giants.

The merged company will give advertisers a better chance to compete with Google and Facebook traffic. Singolda has said that he hopes advertisers will consider allocating some search and social spend to advertising with other publishers.

Taboola and Outbrain reach a combined 2.6 billion people each month. The merged entity could make advertising on the open web a more efficient process, with a potential for a huge amount of scale.

According to Singolda, this merger has been in the works for many years, but only recently could the two companies agree to the terms. However, it paves the way for new growth opportunities, such as increased investments in technology, new offerings, and a possible IPO.