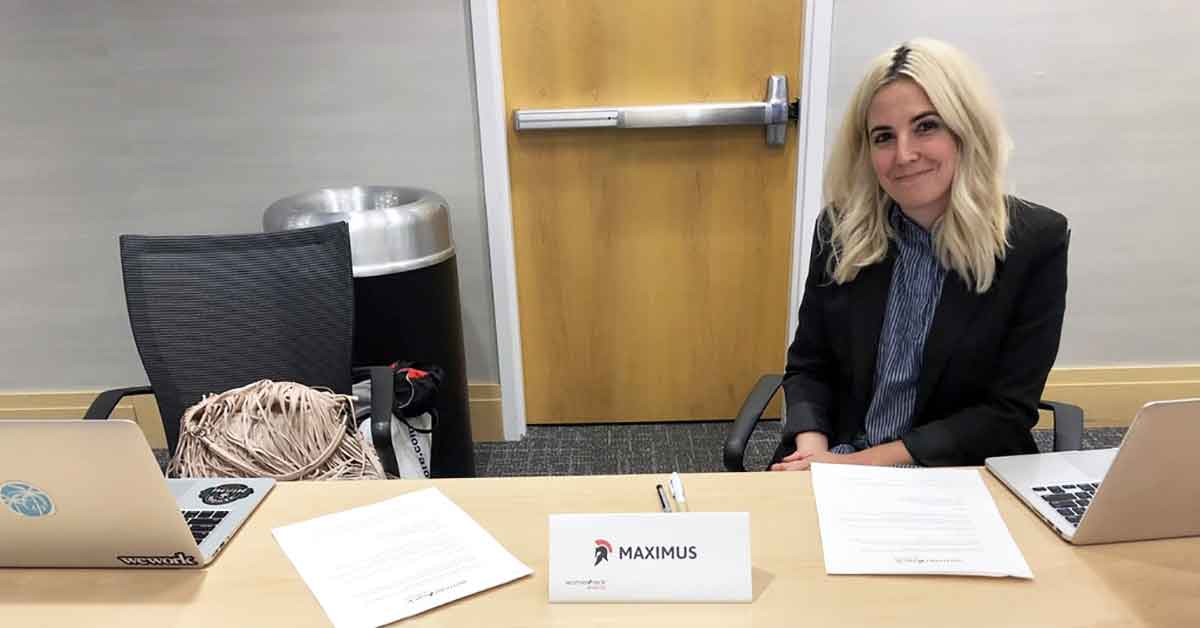 At Maximus, there’s a team of diverse minds that designs, builds, and maintains our software. With this series, we’re proud to highlight the developers and innovators behind the Maximus technology.

Christine Bourie is a full stack web developer who learned coding in order to build her website. She has since transitioned into working full time as a developer, and is now a Lead Developer at Maximus.

Can you tell me a little bit about your role and what you’re working on?

I am currently a developer for the Maximus team. We are an automated media buying software and I work mostly on backend code, particularly with the integrations we have set up for the various networks (Taboola, Outbrain, RevContent, Content.Ad and Yahoo/Gemini).

What is your technical expertise?

I work mostly in PHP but I also learned React when we were building the new frontend for Maximus which I try to keep up with in my free time.

What inspired your career in tech?

I had actually decided to learn to code because I have an online vintage shop and I wanted to make my own website that was functional and I liked the look of/could have more control over.

While I had started out thinking I would only do frontend/more design centered stuff I ended up really enjoying PHP and started to gravitate more towards writing backend code. Because I liked it so much, I decided to pursue it as a new career (but I still do the shop on the weekends).

What’s your favorite thing about working in tech?

I really enjoy that I can do things that are both creative and analytical. I have always liked to do both and it’s not always easy to find an industry where you’re able to do that.

What excites you about your field?

I find the most exciting thing to be that there are always new things to learn. In addition to there being so many languages, frameworks and technologies, the existing ones are always changing so it’s easy to be a lifelong learner.

My days can vary wildly depending on what is happening at the time but on an average day I am usually planning out tasks for my team, reviewing new code and also writing some code of my own.

Do you have any major inspirations in your field?

I am a space nerd so I really look up to Margaret Hamilton who developed the flight software for the Apollo Space Program in the 1960s. I was also recently reading about Susan Kare who was more of a graphic designer but she designed all the Apple icons in the 1980s which is also pretty cool.

What is one piece of advice you would give yourself five years ago?

I would have probably told myself to learn coding earlier. It always seemed like an intimidating thing to learn as I had spent most of my professional life doing creative/design stuff so I didn’t try it for awhile but if I hadn’t, I would have never known how much I enjoyed it and would probably be doing something completely different right now.

What is one piece of advice you would give to someone who is starting out?

I would say that while it may seem difficult at first (because it is) that you should stick with it because no matter how bad when you feel you’re stuck on something, you’ll feel 100x better once you get it figured out.